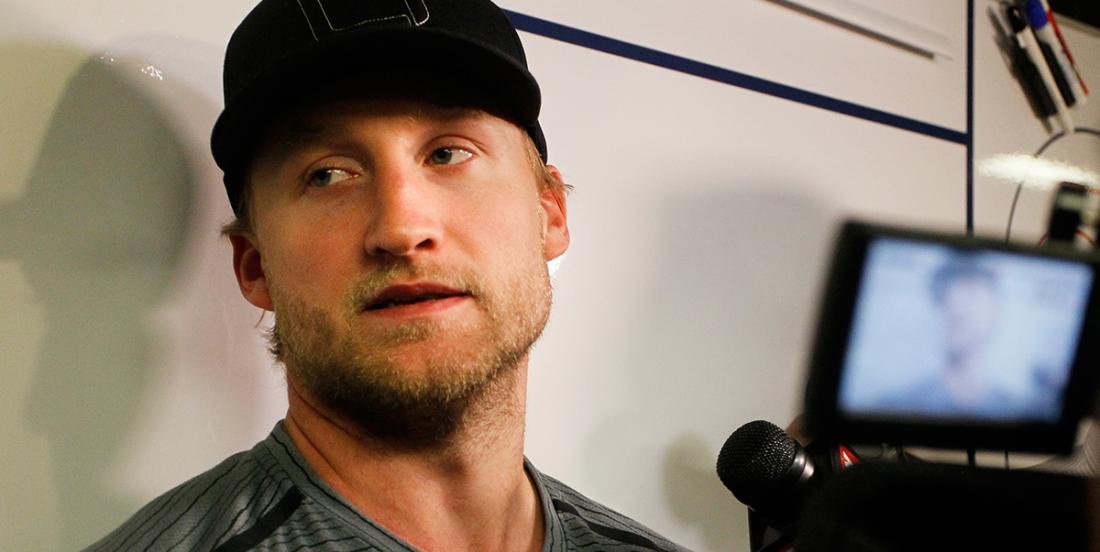 It’s no secret that Tampa Bay Lightning captain and superstar Steven Stamkos has had some of the worst injury luck in the NHL. A broken leg, a busted knee and a blood clot scare are just a few of the things that the 27-year-old sniper has had to battle through the past few years, but he’s overcome it all and currently sits head and shoulders above everybody as the NHL’s leading scorer.

Stamkos is looking healthy and like his old self again, maybe that’s why his comments on Sportsnet 590’s Prime Time Sports in Toronto yesterday  are so surprising. Stamkos admitted that he’s still feeling the effects of his broken femur from 2014 and his knee surgery from 2017:

“There’s definitely some limitations in certain movements,” Stamkos said in describing his knee. “I think I’m always going to be stuck with that, this leg with the broken leg and the metal rod that’s in there and now with knee surgery. I don’t know if I’ll ever feel 100 per cent again, but it’s just getting to that new norm where you’re just going out and playing and not worrying about it and trusting the work you’ve put in. I think that’s where I’m at and for me that’s a good place right now.”

Wow… if this is Stammer at less than 100%, just imagine him at the top of his game. The NHL’s first star for the month of October has an incredible six goals and 24 points in just 13 games this season. Look for him and linemate Nikita Kucherov to propel the Lightning back into the playoffs this season and for the two to be neck and neck in the Art Trophy Ross all season long.