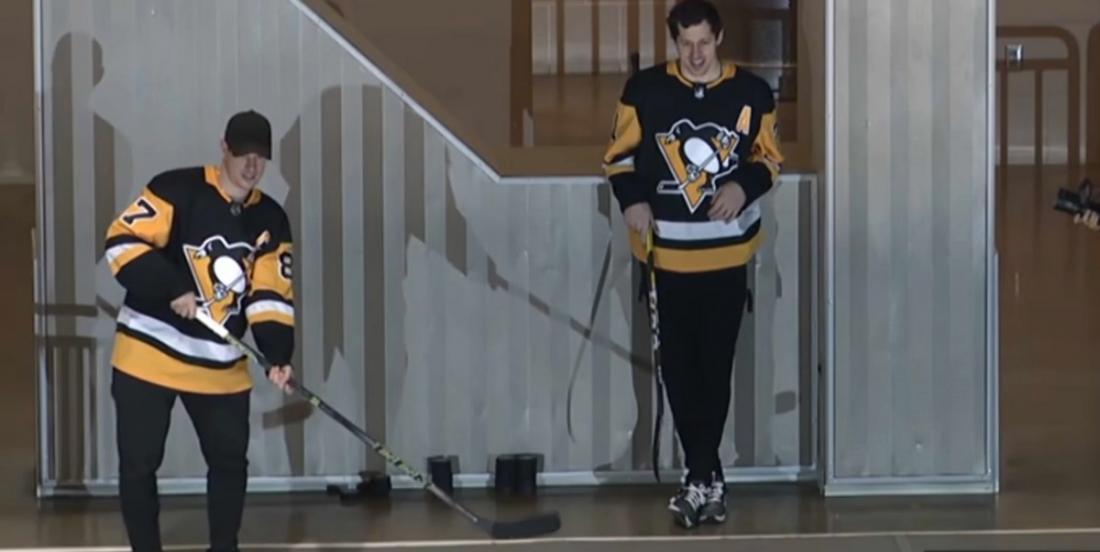 This one is so crazy and outlandish that I have some serious doubts about whether or not this is being seriously considered, but given the source of the information it seems almost a certainty that it is in fact being looked at.

Over the weekend Sportsnet's National Hockey League insider Elliotte Friedman revealed that Pittsburgh Penguins stars Sidney Crosby and Evgeni Malkin may have accidentally turned what was meant to be a publicity stunt into what now might become a new event at the NHL's annual All Star Game. To be clear here it sounds like all of this is in the very early stages of being discussed, but once you here Friedman describe the situation your jaws are going to drop.

So for the publicity stunt Crosby and Malkin were participating in a shooting contest where, instead of firing the pucks at a net from ice level, the two players were taking shots at an empty net from just about everywhere else in the arena. Malkin and Crosby were taking shots from where fans would normally be seated and it sounds like the NHL liked that concept so much they are trying to develop it in a way that will make it feasible for players to perform those same type of shots, while members of the audience are live and in attendance.

"We are always looking for ways to spice of the skills competition and make it a little bit more entertaining," began Friedman. "Well the NHL looked backed at a recent thing that Sidney Crosby and Evgeni Malkin did in Pittsburgh. They went into the stands and the shot pucks at targets on the ice. Now I understand that earlier this week there was a testing in St. Louis and they are looking at something like this. It would be the players in the crowd, behind the net."

That sounds awfully dangerous for both the players and the fans, but according to Friedman the NHL has already discussed the safety ramifications of this potential event and are already working on solutions.

"For those of you wondering how you could do this safely... I understand there is a mechanism that they are working on that could drop the netting behind the goal, overtop of fans, to keep them safe from pucks."

Based on Friedman's report it sounds like this is something the NHL is giving very serious consideration to, and at the very least I am curious to see how in the world this could possibly work.

"But this is something they are looking at, to try and change things around. Putting the players in the crowd and having them shoot pucks on the ice."