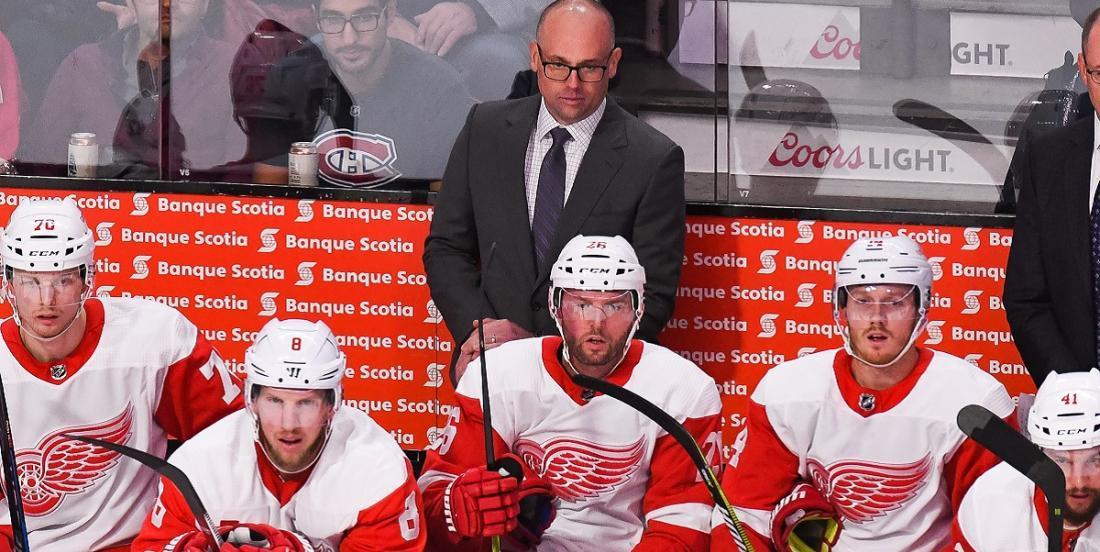 Blashill's time has run out.

The Detroit Red Wings hired a new general manager when they brought on veteran National Hockey League executive and former Red Wings player Steve Yzerman to replace Ken Holland, a man who has been running the team for as long as many fans can remember. One of the big questions that followed that announcement was regarding the future of much maligned Red Wings head coach Jeff Blashill, although as of the time of this writing Blashill has thus far survived and remains the coach of the Red Wings.

That may not last for much longer however as one NHL analyst has not stated that he believes there is almost no chance that Blashill will be back behind the bench for the Red Wings next season. Jean Charles Lajoie of TVA Sports, the NHL's French language partner in Canada, was discussing the possibility of an offer sheet targeted at Red Wings forward Anthony Mantha this upcoming offseason when he revealed his belief that Blashill would not be back behind the bench. Citing Blashill as a possible reason for Mantha potentially wanting to sign elsewhere, Lajoie made it clear he expects the Red Wings to get rid of the coach.

"The odds are just about zero of seeing Blashill back behind the bench of the Red Wings once we get back to a normal season," said Lajoie without a hint of doubt in his voice.

There is no doubt that Blashill has been the target of a ton of criticism ever since he took over for former Detroit Red Wings head coach Mike Babcock, but it is hard to judge him too harshly given that he has had to work with limited talent and a group of aging players thanks to some questionable contracts at the end of Ken Holland's tenure as general manager. That being said when a new general manager takes over they often want to hire their own guy as the head coach, and after several consecutive losing seasons no one would question Steve Yzerman if he decided to fire Blashill come the end of this season, whenever that may be.

If it comes down to a choice between a player and coach, I could hardly blame the Wings for siding with Mantha here either.