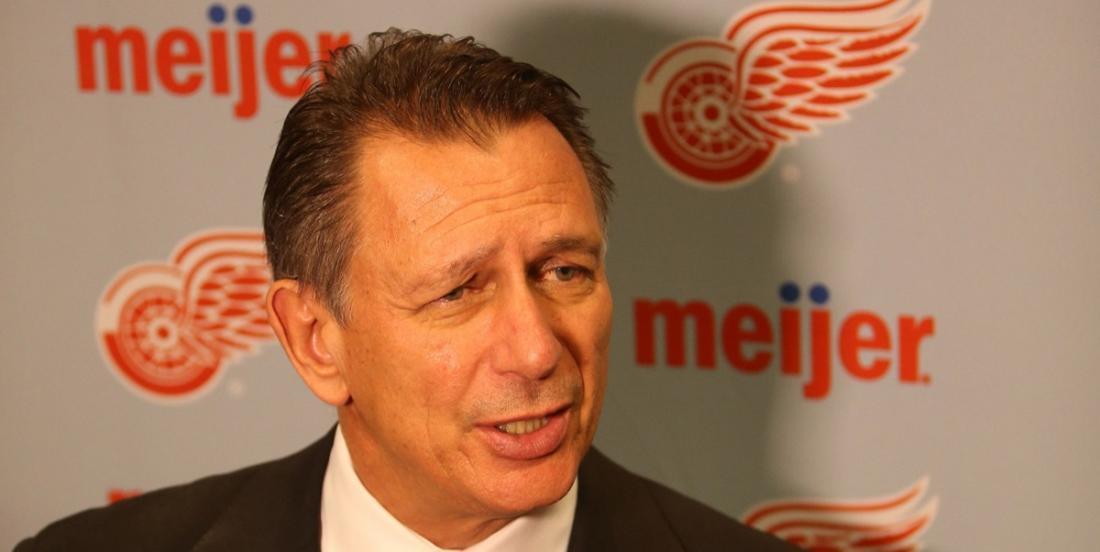 Holland may not be alone.

Could this be the second iteration of the old boys club?

There have been conflicting reports over the past several days  regarding the future of former Detroit Red Wings general manager Ken Holland and whether or not that future will be in Detroit. The most prominent rumor surrounding Ken Holland has linked him to the Edmonton Oilers organization and the current vacancy that they have at the general manager's position, although there have been conflicting reports in that regard.

There has been some suggesting that Holland has already rejected the notion of taking over as the next general manager of the Oilers but in spite of those reports the rumors continued this week, and in fact may have even grown in intensity. Sportsnet's National Hockey League insider Elliotte Friedman touched on this in his most recent 31 Thoughts column and based on what he had to say it sounds like Holland has yet to make a decision in that regard.

We know Mark Hunter’s had two interviews with Edmonton. Now that the Under-18s are over, we’re going to find out if Ken Holland and Kelly McCrimmon are legitimate possibilities for the Oilers. The Red Wings took care of Holland, putting him in a position where he doesn’t need to chase. He has to decide if he wants to pursue this. As I write this, Vegas has not yet granted official permission for Edmonton to meet with McCrimmon, although an answer is expected at some point this week. He is, however, expected to ask for autonomy, and it will be interesting to see how the Oilers respond to that.

The main concern regarding Holland, at least from the perspective of an Oilers fan, has been that it would simply be a continuation of the "Old Boys Club" that has plagued the Oilers for years. Former members of the organization have been given cushy positions within the team and even catastrophic failures have never led to anyone really being fired in a long time. Holland very much fits the narrative of the Old Boys Club and there is now another indication that this may be the case.

"If Holland does get job, wonder if he'd bring Shawn Horcoff with him," pondered the Oilers insider. Ex Oiler captain is Detroit's head of player development."

That would certainly be interesting to be sure.