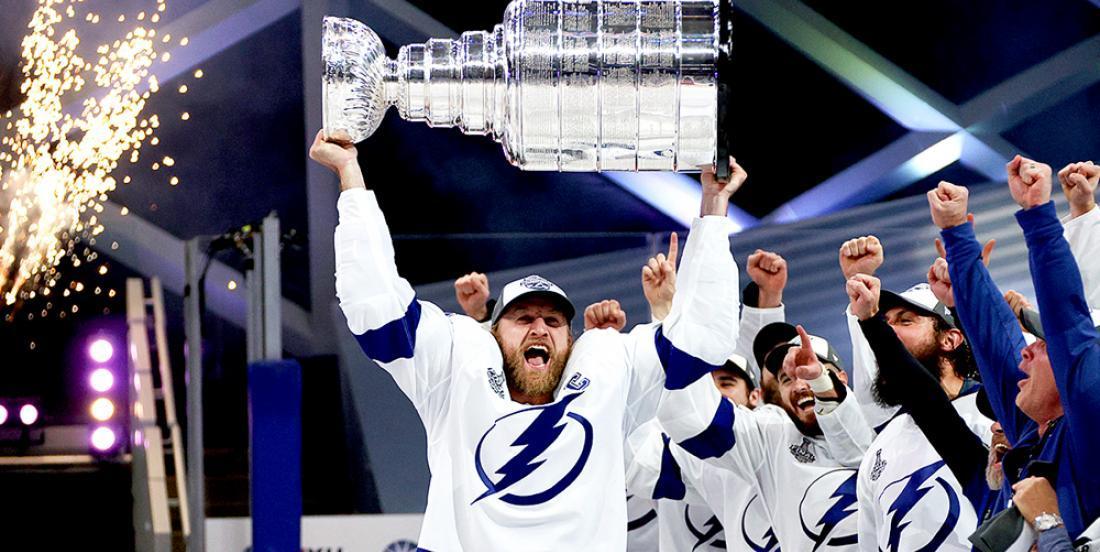 Tampa Bay Lightning captain Steven Stamkos' heroic performance in Game 3 of the Stanley Cup Final has earned him a play in hockey lore for all of time. The injured sniper made his long awaited return to the lineup, but was sidelined after just 2:47 of playing time after his core muscle injury flared back up. But, not before Stamkos was able to deliver this incredible highlight reel goal:

Now, Stamkos is a Stanley Cup champion and because there's no NHL hockey on the schedule for months, he can afford the time to rest and recover fully from his injuries. In the meantime though, the Lightning have some serious roster decisions to make. GM Julien Brisebois is facing a major cap crunch and he has to re-sign key pending free agents like Anthony Cirelli and Mikhail Sergachev. With Stamkos, Victor Hedman, Andrei Vasilevsky and Nikita Kucherov all signed long-term to big dollars and with Brayden Point negotiations on the horizon, something's got to give. And according to TSN hockey insider Bob McKenzie, that may mean that Stamkos finds himself the odd man out in Tampa.

I've got to say though... I'm not convinced that Stamkos is going anywhere. Yes, the Lightning are in a cap crunch and need to move out some money, but I think Brisebois is much more likely to trade a player like Ondrej Palat ($5.3 million), Yanni Gourde ($5.1 million), Tyler Johnson ($5 million) or Alex Killorn ($4.45 million) than he is to move the team's captain in Stamkos. The fact of the matter is that, when healthy, Stamkos is still an elite level sniper and he's the absolute heartbeat of this Lightning team. To remove him from the roster has much bigger ramifications than his on ice contributions. He is unquestionably the Lightning's leader on and off the ice and simply by virtue of having him around it takes stress off of the team's other stars like Kucherov, Hedman and Brayden Point.

Is Stamkos overpaid at $8.5 million at this point in his career? Maybe, but he's no slouch and his value has to be measured in more than goals and assists.