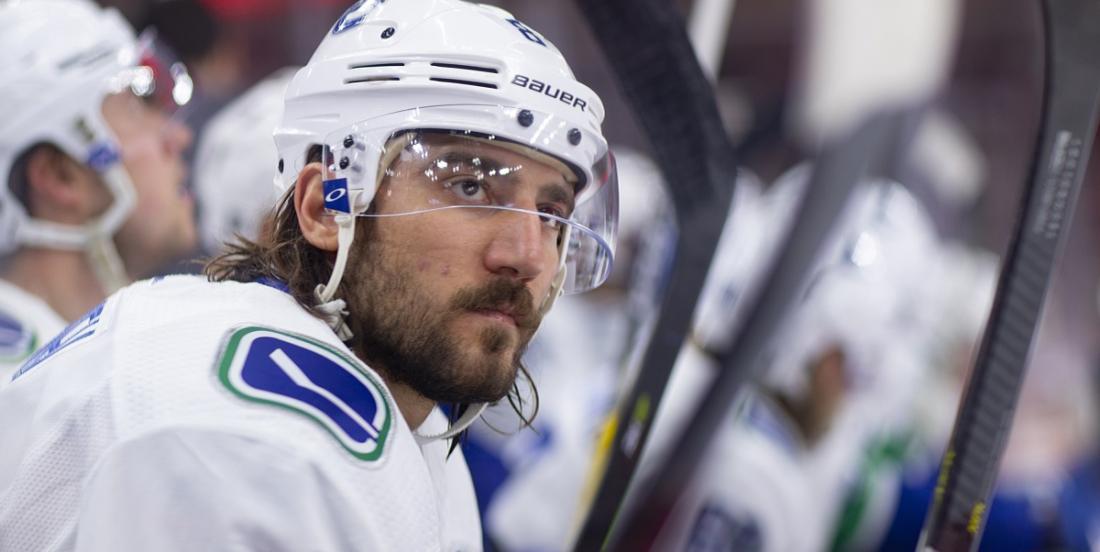 Veteran defenseman Chris Tanev has had a pretty amazing career for a player that went undrafted, playing 514 career games in the National Hockey League thus far, and every single game of his career in the league had been as a member of the Vancouver Canucks, that was at least until late last night.

Seemingly in the middle of the night Tanev and the Calgary Flames agreed to a brand new contract that would officially see Tanev leaving the Vancouver Canucks as an unrestricted free agent. The deal, a four year contract worth an average annual value of $4.5 million per season, was enough to pry Tanev away from the team that gave him his shot in the big league's, but there are good reasons to suspect that such an offer was not forthcoming from his former team. The Canucks have been tied up in talks with the Arizona Coyotes regarding the possibility of bringing in defenseman Oliver Ekman Larsson via trade, and even though that deal appears to have fallen apart it would see that the Canucks never really had the cap space required to re-sign Tanev, considering some of he bigger moves being evaluated by the organization and general manager Jim Benning.

For the Flames this move appears to continue a rebuild of the team's back end, one that has been helped in large part by the Vancouver Canucks. Not only did the Flames bring in arguably the Canucks best shutdown defenseman, but earlier in the day they of course announced the signing of goaltender Jacob Markstrom, another former Vancouver Canuck. Although Tanev has been riddled with injuries throughout his career and at 30 years old is in the latter half of his career to be sure, bringing in the tandem of Markstrom and Tanev here actually makes a lot of sense for the Flames organization.

The signing of Markstrom was a no brainer given the Flames urgent need to upgrade their goaltending this offseason, however the addition of Tanev I believe makes the Markstrom signing that much better. In Tanev you bring in a very experienced shut down style defenseman, one who is familiar with how Markstrom likes the game to be played in front of him, something that will no doubt prove to be a huge asset to the other defensemen on the Flames roster, Markstrom himself, and the Flames organization as a whole.