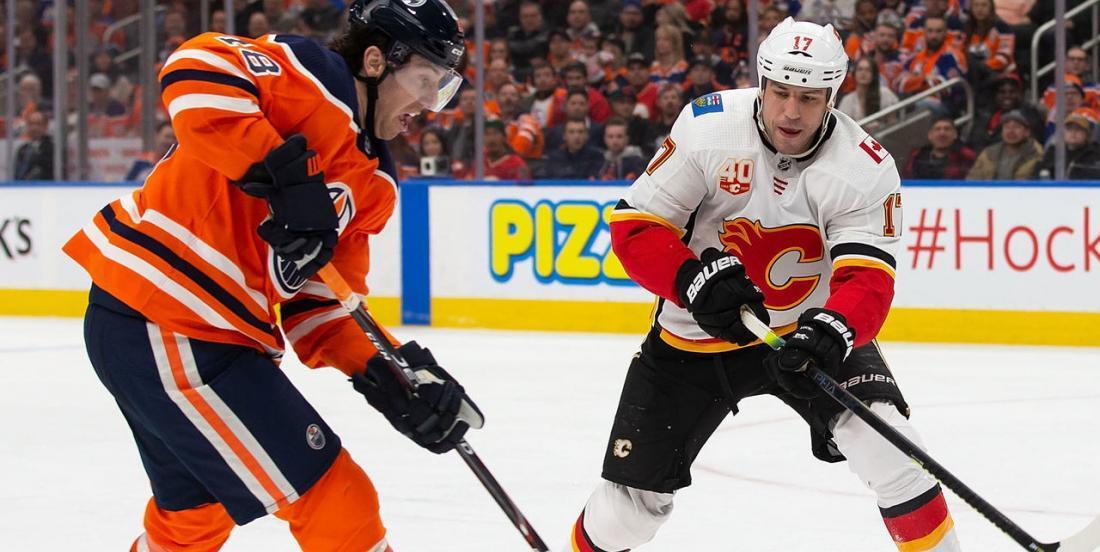 You have to admit this is pretty funny. Almost a year to the day, the NHL still has to deal with the hypothetical pick attached to the Milan Lucic and James Neal trade from the Edmonton Oilers to the Calgary Flames.

The Oilers dealt the imposing forward and a conditional 2020 third-round selection to the Flames for Neal on July 19, 2019. In order for the Flames to receive the pick, Neal had to score at least 21 goals in 2019-20, and Lucic needed to finish with at least 10 fewer markers than his counterpart.

Neal has 19 goals and Lucic has eight with the season paused.

Neal managed to score 19 times in his first 42 games with the Oilers, including a four-goal night in just his third contest with the club. Following an eight-game goalless skid, he suffered a foot injury in late January that forced him to miss the next month. Upon returning in March, he couldn’t find the back of the net and recorded just two assists in five contests.

Lucic put up four goals and nine points over his last 15 games, including two markers in his last four contests. Edmonton played one more game than Calgary before the league postponed the campaign due to the COVID-19 pandemic back on March 12.

Now TSN’s Frank Seravalli explains that the NHL is still trying to figure out how to deal with trades that involved conditional picks, like the Lucic-Neal transaction. However at the moment, they have no clue how they will manage it.

“There is a whole slew of stats pro-ration rules in MOU as they relate to player bonuses.

I'm told no decision has been made on how Flames - Oilers condition in Lucic / Neal trade will be handled. NHL plans to develop process for clubs to make arguments and be heard fairly.”

What do you think should happen to the pick? Should another condition be attached to it? Goals in postseason?

We wonder what the NHL will decide…