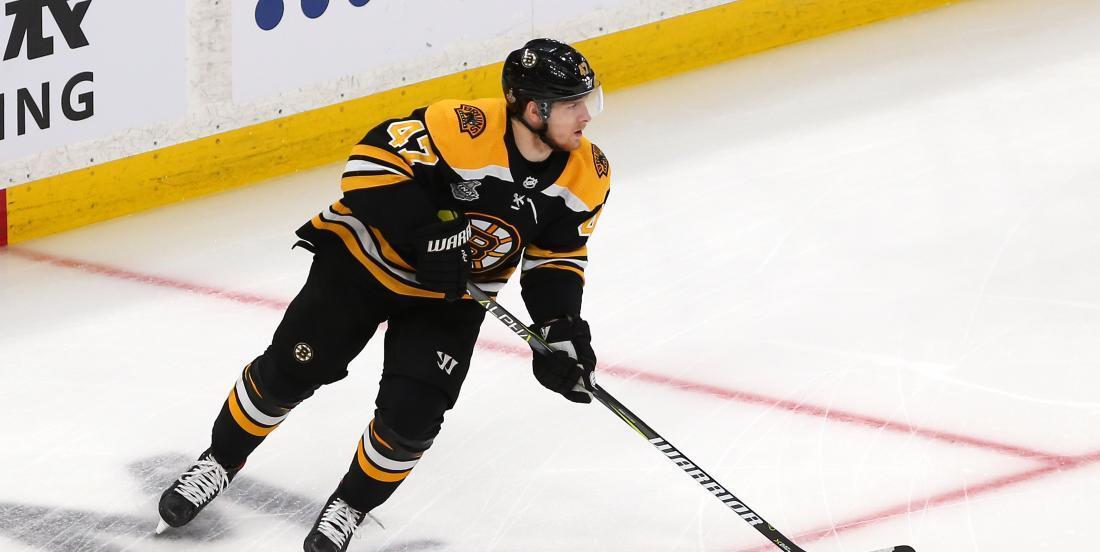 Two teams with very, very different records are facing off tonight. The Boston Bruins have a great record so far this season, while the Detroit Red Wings' campaign is nothing short of catastrophic at this point.

The Wings will look to avoid a 5th consecutive loss and a 12th loss in 14 games, while the Bruins will look to bounce back from a loss to the Montreal Canadiens last Tuesday. Although the spectacle on the ice should be an entertaining one, a lot of action may be going on off the ice as one particular rumour has got the attention of the media and fans alike ahead of tonight's game.

It is believed that the Detroit Red Wings are interested in acquiring the services of Boston defenseman Torey Krug. It is no secret that The Red Wings could use some help on defense, especially when it comes to offensive production. So far this season, Only rookie d-man Filip Hronek seems to be producing with 8 points in 17 games. Their next best defenseman when it comes to offenser is Patrik Nemeth with four points.

Krug is currently on the last year of a contract with the Bruins at 28 years of age. He is the main piece in the Bruins' power play, the best power play in the league. The left-handed d-man has 300 points in 477 career games and isn't looking like slowing down at all after having had a minimum of 40 points and all of the full seasons he played except one where he got 39.

Needless to say that Krug could be exactly what the Wings are looking for. On top of all his upside, Krug is a native of Livonia Michigan and the Red Wings would love nothing more than having a homestate superstar in their ranks. That being said, the Bruins are already looking to extend his stay in Boston and will not likely want to part ways with him.

The fact that Krug has a good chance at a Stanley Cup in Boston will be a major factor for him. On the other hand, it is very likely that Detroit would offer him more money and a longer term if he were to sign with the Red Wings in the summer. Maybe Krug would relish the idea of being the top paid player on his homestate team.

Keeping all of that in mind, it is very unlikely that Krug would get traded this season unless he made a clear decision that he wouldn't extend his contract with the Bruins. Odds are that fans will have to wait until free agency on July first to see Krug change teams, that is unless he renews his contrat with the Bruins during the season.

Look for the Detroit Red Wings to keep an eye on the Krug situation. They are certainly looking like a likely destination for him if he decided to leave Boston. But rest assured that the Bruins' management will do everything in its power in order to re-sign Torey Krug.