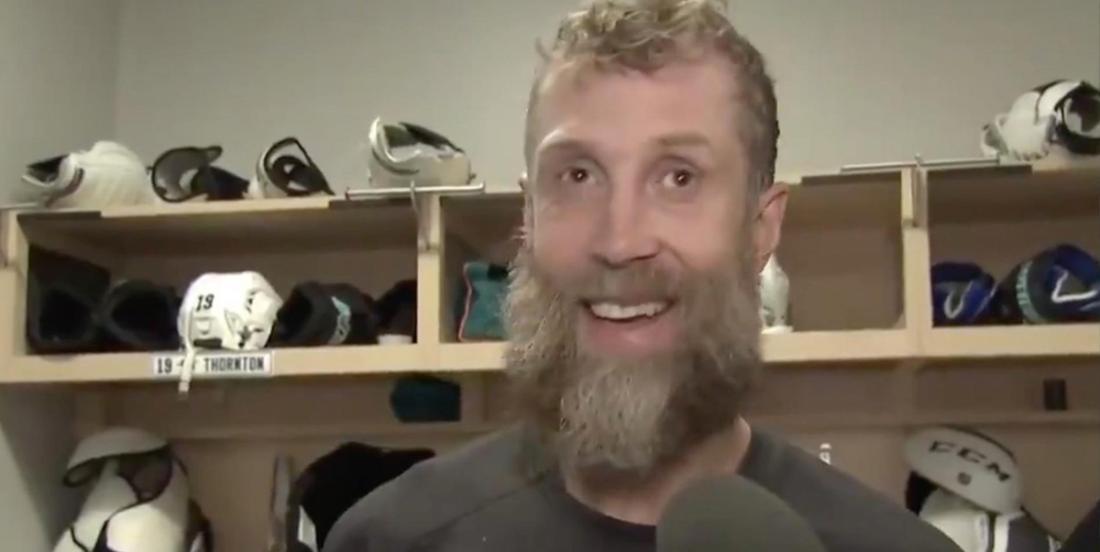 Thornton tries his best to play dumb in the situation, but he’s too smart and too good of a player to not know what he’s doing.

After the game, Thornton brushed off the hit saying he didn’t think there was anything particularly wrong it it.

C’mon Jumbo… you can’t be serious?

Then again… he is getting older, maybe his eyes are failing him? Well… that’s Ryan Reaves’ theory at least.

Interestingly enough, Thornton also had some words for Reaves. Jumbo chimed in on Reaves’ last minute scrap with Evander Kane with his tongue placed firmly in his cheek.

We officially have a series, hockey fans.