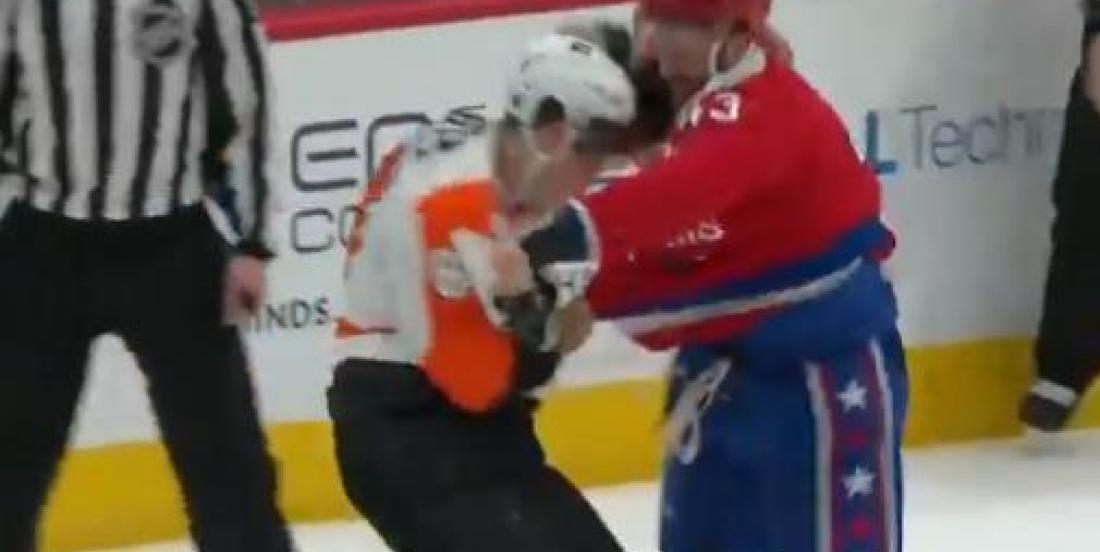 Tom Wilson of the Washington Capitals has been a busy man tonight. After fighting Nate Thompson earlier in the game against the Philadelphia Flyers, Wilson dropped them again later in the matchup, this time with Robert Hagg. The fight was the result of a hit Wilson tried to put on Flyers' captain Claude Giroux. Check it out:

Here's a video showing the hit that Wilson attempted:

Wilson's fight against Thompson earlier in the night was a mostly one-sided affair, with Wilson coming out on top.