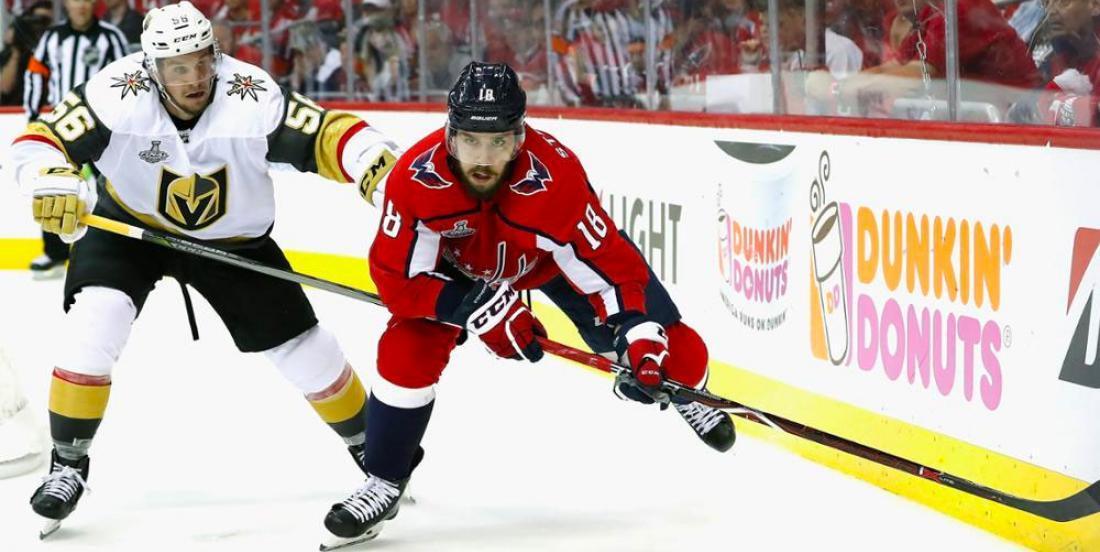 TSN insider Darren Dreger confirms that the deal is done. Stephenson for a 5th round pick.

This just in courtesy of NHL insider David Pagnotta of The Fourth Period, the Washington Capitals and Vegas Golden Knights have reportedly hooked up on a trade with forward Chandler Stephenson heading to Vegas.

No confirmation from either team yet and no details on what the second half of this deal may entail.

It's worth noting, however, that Caps insider Mike Vogel reported earlier today that Stephenson will be moved ahead of tomorrow's game against the San Jose Sharks.

With Carl Hagelin returning from long-term injury reserve this week, you just knew that a roster move was coming from Capitals GM Brian MacLellan. It's just unfortunate  that Stephenson is the player who pays the price.

The 25 year old Stephenson has managed three goals and four points in 24 games so far this season. In effect, he's been outplayed by teammate Travis Boyd who has impressed with one goal and seven points in 13 games so far this season. Again, we don't know the return for Stephenson yet, but Vegas blog Sin Bin Vegas, who have confirmed the trade, have reported that the return is NOT expected to be an NHLer.

Standby for official confirmation from the teams either later this evening or tomorrow morning.