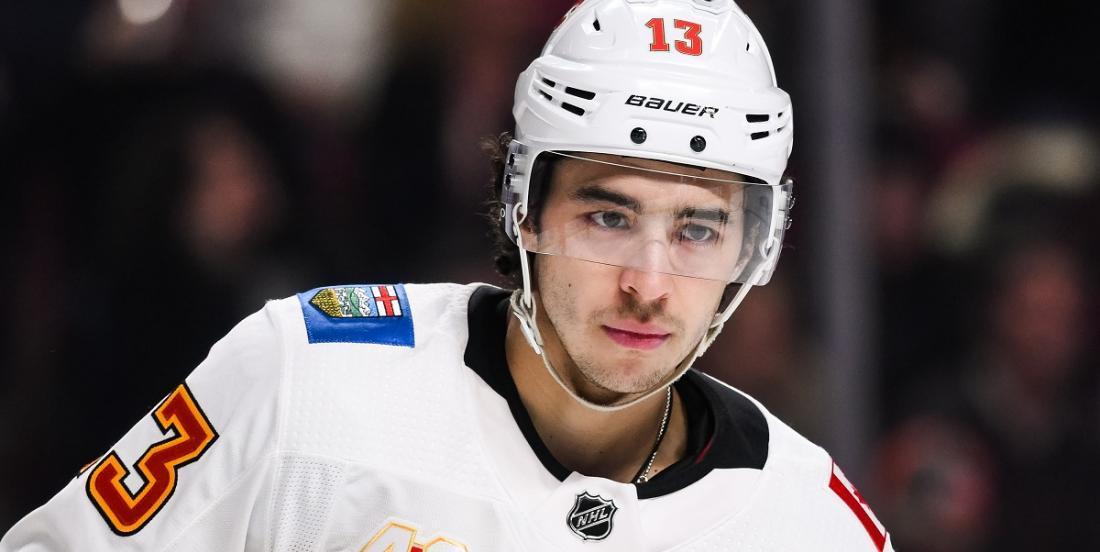 Gaudreau was overcome with emotion.

The Calgary Flames faced off against the Florida Panthers on Sunday and there was a moment during their matchup that seemed a little strange to fans that were paying extra close attention.

The game was largely dominated by the Flames, thanks in part to a relatively lackluster looking effort from the Panthers, but during the game's opening frame the first goal of the game was scored and it produced an abnormally emotional reaction from one player in particular, Calgary Flames forward Johnny Gaudreau. Gaudreau was the man who scored that goal so you could have chalked it up to simply him being excited for finding the back of the net, and opening the scoring in the game no less, but as it turns out there was in fact more than just your usual emotion involved in this one for Gaudreau and likely for many of his Flames' teammates as well.

According to a report from Sportsnet's Calgary Flames insider Eric Francis there was unfortunately a rather tragic reason for the emotion displayed by Gaudreau in today's contest. Francis revealed on Sunday that Gaudreau learned last night that his grandfather had passed away and although we have watched Gaudreau for many years he remains a relatively young man at just 26 years of age. The loss of his grandfather no doubt had a significant impact on him and according to Francis the emotion shown by Gaudreau after the goal stemmed from the feelings he was still processing as a result of the news he learned the night before.

Everyone that is reading this will have lost a loved one at some point in their lives, and although people do tend to process loss in different ways it should come as no surprise to anyone to see an emotional outburst like the one displayed by Gaudreau on Sunday. Obviously the goal he scored is not going to bring back his grandfather, but no doubt it meant a lot to Gaudreau to not only pick up an important goal for his grandfather, but also to persevere through what has to be a difficult period in his young life.

Our thoughts and condolences go out to the Gaudreau family, and to all of those who have suffered a loss of their own.