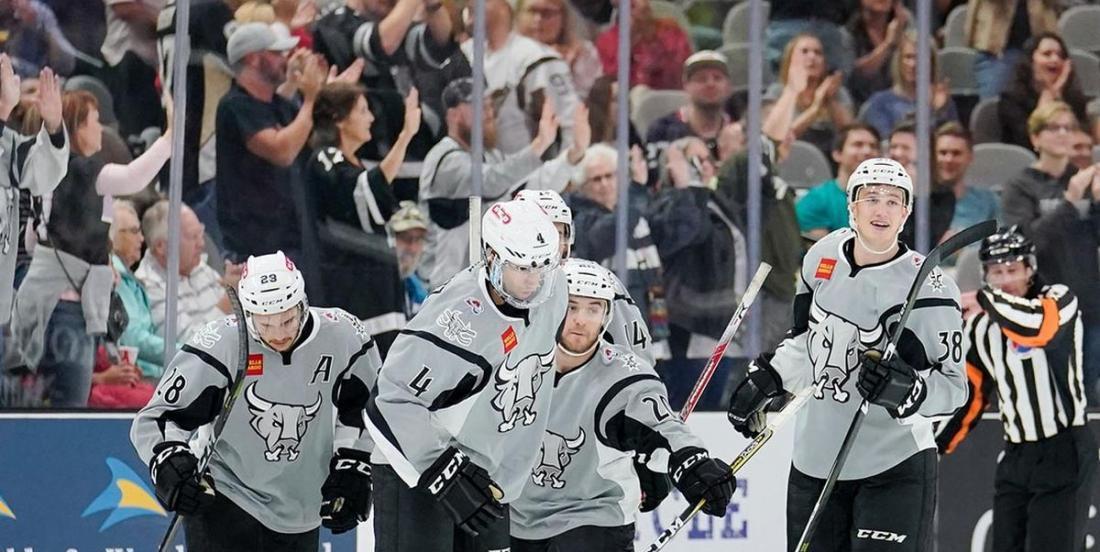 The Blues must be steaming!

In a move that's guaranteed not to sit well with the ownership and management of the St. Louis Blues, The Vegas Golden Knights have now officially purchased St. Louis' AHL team and the relocation of the franchise to the Las Vegas area has been approved by the AHL's board of governors.

The San Antonio Rampage will begin play in the Henderson/Las Vegas, Nevada next season. On February 6th, the Golden Knights purchased an American Hockey League franchise membership from Spurs Sports & Entertainment (which previously operated the San Antonio Rampage in San Antonio, TX) and applied for relocation of the franchise to Henderson/Las Vegas, Nevada. The purchase and relocation was subject to approval from the American Hockey League Board of Governors. That approval was given today.

"AHL hockey is coming to our great city," said Vegas Golden Knights Chairman and CEO Bill Foley. "Local residents have responded with incredible enthusiasm over the last month, as we have received over 7,000 season ticket deposits to date. We are committed to creating memorable, positive experiences for our fans and their families. We would like to thank the American Hockey League, Spurs Sports & Entertainment, our colleagues at the Orleans Hotel, Mayor March and the entire city of Henderson for their commitment and effort to making this process a success. We can't wait to drop the puck this fall."

It is not yet known what the Blues will do for an AHL team next season. We know they will finish this season with the Rampage. Outside of that, everything seems to be up in the air. This isn't the first time St. Louis has had to deal with something like this and it isn't the first time Vegas has been involved. When the Golden Knights entered the NHL, it took the opportunity to sign a contract with the Chicago Wolves to be the team's AHL affiliate after its agreement with the Blues had just ended. That's when the Blues moved over the San Antonio.