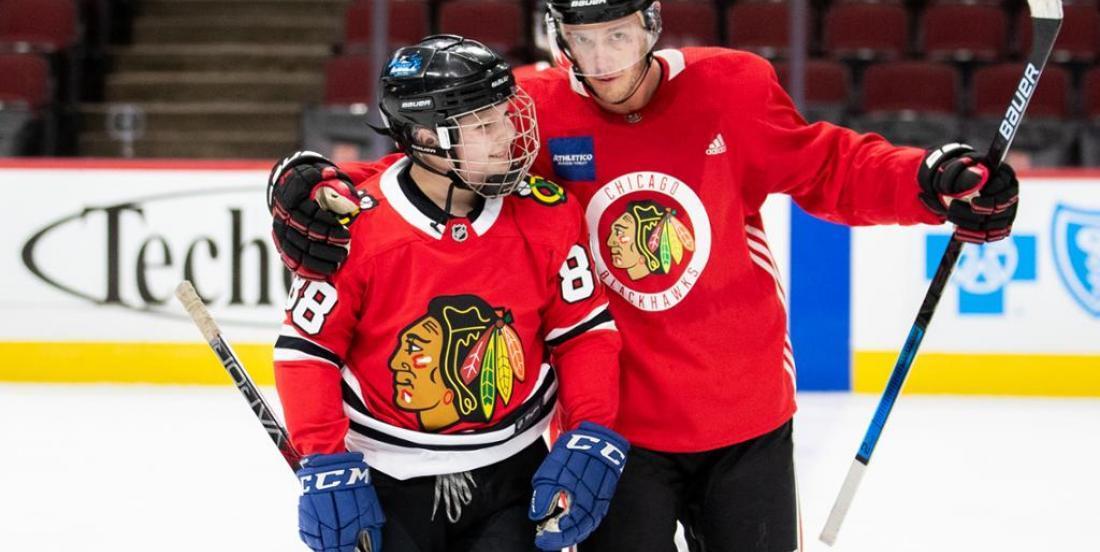 Playing and watching hockey is crucial in the lives of several young children in American, but in the case of one young boy from Wisconsin, Carter Holmes, hockey literally saved his life.

The expression is often used when athletes reveal that a sports has gotten them out of trouble or has made them so happy at a time where their world was so dark, however, for Carter, hockey saved his life.

While playing hockey back in February 2018, Carter was hit in the neck by a puck. While it was unfortunate and painful, it was a blessing in disguise for the boy, who had to go to the hospital to get his swelling bruise checked up by a doctor. The bruise ended up being an indicator in Carter’s cancer diagnosis. Without that puck hitting him, there’s no telling when the cancer would have shown and if it would have been too late for the kid to fight it.

The 11-year-old shared his story with the Chicago Blackhawks for their Hockey Fights Cancer night and got the chance to take part in practice with the Hawks and dropped the ceremonial first puck earlier this month.

Watch this inspiring story of Carter, who got to spend the day with one of his hockey heroes, Patrick Kane.

Sit back and enjoy this wonderful story of this courageous little boy: