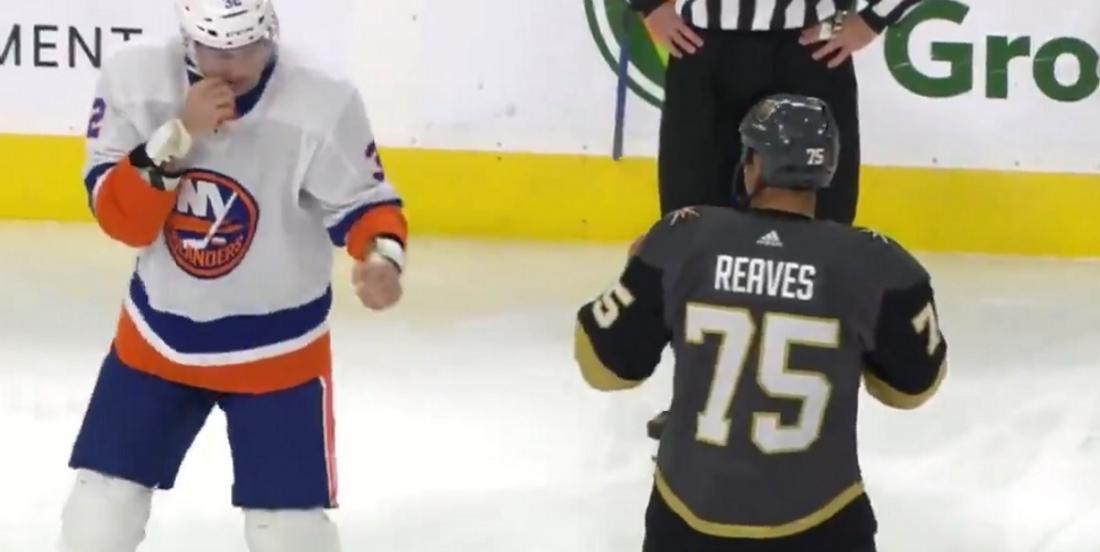 These guys resembled a pair of Rockem Sockem Robots on Saturday night and they did so right off of the opening faceoff.

In what was one of the better fights I have witnessed thus far in the 2019 - 2020 National Hockey League regular season, New York Islanders forward Ross Johnston threw down with Las Vegas Golden Knights bruiser Ryan Reaves in what can only be described as a clash between two of the NHL's heavyweights. There are very few men in the entire league, and likely in the world, who can stand toe to toe with the Golden Knights enforcer but I have to give a ton of credit to Johnston here for absolutely going to war with Reaves on Saturday night and living to tell the tale.

It seems like this one was planned ahead of time which seemed strange initially given that there was not any obvious bad blood between these two in the past, but there were some rumblings that boxing legend Tyson Fury was in attendance for this game so perhaps that may have played a factor in these two big boys wanting to put on a show for the fans early on. If they were trying to put on a show for the fans the definitely succeeded as both men traded some truly massive blows, blows that would have likely dropped lesser men in the case of both Reaves and Johnston. Interestingly enough the two men squared off for several long seconds before daring to engage one another, a sign that both men had a great deal of respect for the power that their opponent was bringing to the table.

I know that we always try to pick a winner in these situations but I have to admit this one was extremely close and given that they both showed tremendous courage here I think it would be a shame to label one of these guys a loser on this night. There is no question that the real winners in this one were the fans who were lucky enough to be in attendance and witness a real life pair of Rockem Sockem Robots going to war.